What Is Phase One Orthodontic Treatment?

Most orthodontic treatment for children starts in their teens. Typically, orthodontists wait until kids lose their baby teeth and their adult teeth are in position. So, you may be surprised when your dentist recommends that your pre-teen see an early orthodontist for a Phase One treatment assessment.

What are Phase One orthodontics and how will they help your child?

What Does Phase One Involve?

Some younger children have obvious orthodontic problems early; others have issues that indicate that they'll need treatment later. During a Phase One assessment, your orthodontist evaluates your child's dental development and looks for potential problems that might need an early fix.

In some cases, your child won't need any work done until later. However, in others, early intervention is useful.

For example, if your child won't stop sucking their thumb and this is affecting their dental development, then an orthodontist might fit a device to help them kick the habit. If they stop now, then things are easier on their teeth.

Or, if your child's teeth are crowded too closely together, then they may need bracing to sort this problem out now rather than later. At this stage of treatment, orthodontists can also sort out problems like narrow arches and jaws that will affect the development of adult teeth as they all come through.

Why Is Phase One Treatment Useful?

While you may think that your child may as well wait to have all their orthodontics done all at once when they are a teenager, this isn't the most sensible way to go. Phase One treatment can head problems off at the pass or minimise their later effects.

For example, if your child stops sucking their thumb early, then their habit won't affect the way their teeth erupt. This habit can push front teeth out of position. If it's prevented early, your child might not need more treatment later; the Phase One intervention might fix the problem.

Sometimes, early treatment reduces the amount of work your child needs later. For example, if they have a narrow arch, then their adult teeth might crowd as they don't have enough room.

Widening the arch early gives teeth more space. Your child may still need some treatment later but not as much as they would if all their adult teeth were crowded. It's much easier for orthodontists to change the shape of arches and jaws on younger children whose bones are more pliable.

Your early orthodontist can explain more about why your dentist has referred your child. They can also fill you in on any treatments that might be necessary. 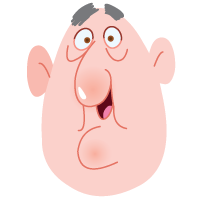 Hello, my name is Jack. I am now 79 years old. As you can imagine, my teeth have taken something of a battering over the years. I lost a couple of teeth in a bar fight, four more decayed and one had to be extracted when it became infected. After losing so many teeth, my dentist suggested that I have dentures fitted. I was worried about this but my dentist was really great. He helped explain the procedure and then did an excellent job. I love my new dentures and I wanted to start this blog to offer help to others.